Why invest in Italy? 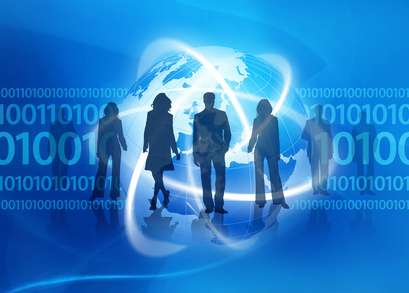 The attraction of foreign investments is among the strategic priorities of the Italian government, which is strongly committed to creating an environment favorable to foreign investors.

ILF (ITALYLAWFIRMS) is a group of professionals that have a large experience in assisting foreign investors (both individuals and undertakings) that invested in Italy.

ILF staff is composed by Italian Lawyers, accountants, web experts, engineers that have collaborated with International investors to find and create BUSINESS/START UP in Italy over the past 15 years in many fields like REAL ESTATE/WEB/DIGITAL /INDUSTRIAL/ INVESTEMENTS/

Italy is the third largest economy in the Eurozone and the eighth in the world, with an internal market of 60 million people and a GDP at current value of almost USD 36,000 per capita (IMF 2018). The Italian households are among the least indebted in Europe: with a debt equal to 76.4% of disposable income (OECD 2016), much lower than that of most European countries. Italy is one of the main access points to a market of 500 million consumers in the European Union and 270 in North Africa and the Middle East. Our transportation network consists of about 6,900 km of highways, 1,000 km of high-speed rail links, and ports that can accommodate the large cargo ships sailing in the Mediterranean.

In Italy, there are numerous centers of excellence in research and development, 16 Italian universities are ranked among the top 500 in the world (Academic Ranking of World Universities 2017) and, with reference to some renowned faculties, three of our national universities are positioned among the top 10 in the world (QS World University Rankings 2018). Italian researchers actively participate in or manage European research and development centers and networks, such as the CERN particle physics laboratory, and structures of high competence and transnational interest in sectors such as aerospace and terrestrial observation. Italy is the fifth country in the world in regards to the “impact factor” of scientific publications produced (based on the average number of citations obtained) and the twelfth for investments in biomedical research. Italian small and medium-sized enterprises (SMEs) are among the most innovative ones in Europe: the percentage of SMEs that have introduced strategic and organizational innovations in products and process is higher than the EU average.

Italy is the second largest manufacturing economy in Europe and the seventh in the world, with a trade surplus of 103.8 billion dollars (WTO 2016). Our country ranks fifth in the world in terms of manufacturing balance with a value of USD 99.1 billion (Symbola Foundation 2018). Specifically in the pharmaceutical sector, where both national and multinational companies operate successfully, Italy has affirmed its leading role as a production hub of Europe, positioning itself firmly in second place in terms of production value, ranking just lower than Germany and higher than France, the United Kingdom and Spain (Prometeia 2017).

Italy employs the most advanced technologies in the manufacturing sector with regards to the treatment of raw materials, using less energy in the production processes when compared to France, Spain and Germany (Symbola Foundation 2018). Moreover, our country is the world leader in the renewable energy sector, as well as in the domestic use of electricity, produced through renewable sources: with 13.7% of energy saved we are placed better than Spain, France and Germany. Our country has the most efficient goods clearance system, which is now fully digitalised.

Investing in Italy means having an access to an immense, unique richness of intellectual knowledge and expertise on the global scale and in all fields of work, and an extraordinary know-how in strategic sectors such as: machinery, automatization, fashion and design, up to nutrition and culinary. In the recent years Italy has also opened up to foreign investments in sensitive sectors such as energy, networks, telecommunications and transport.

The Italian cities are embellished by an innumerable amount of monuments and works of art whose beauty is internationally renowned and appreciated. The Italian country is in fact placed first in the UNESCO ranking for the number of heritage sites of humanity ( 54 declared at the beginning of 2018). The flow of tourists that crosses Italy counts to 50 million people every year; the country is thus the fifth most recognized tourist destination in the world (Untwo 2017). The quality of life that Italy offers with its landscapes, art, history, culture and cuisine is uncomparable to any other.